A new federal law targets wealthy buyers who purchase high-priced homes and commercial properties through anonymous shell companies. But why do we need this law? Because according to Global Financial Integrity (a Washington, DC-based think tank focused on illicit financial flows, corruption, illicit trade and money laundering), “U.S. real estate continues to remain a favored destination of illicit activity… [with more than $2.3 billion dollars being laundered in the last five years]…” You can read their study, title “Acres of Money Laundering: Why U.S. Real Estate is a Kleptocrat’s Dream.”

So, Congress passed the Corporate Transparency Act (CTA), on January 1, 2021 in an effort to combat money laundering, and to stop the flow of illicit money into U.S. real estate.

A summary of the law

The CTA is complicated, and we’re only summarizing its purpose and how it works. For a more detailed explanation, please read Lawrence A. Goldman’s and David J. Marella’s article posted on the American Bar Association’s website. For the most part, the CTA requires limited liability companies (LLCs) to disclose the “beneficial owner” behind the entity.  But this isn’t available to the general public. It’s stored in a federal database, accessible only to banks and law enforcement. 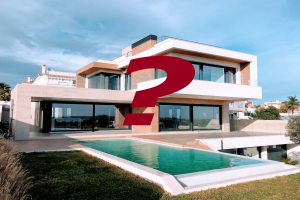 Delaware, New Mexico and Wyoming are among the states allowing buyers to register anonymous LLCs. One reason for anonymity is to hide the identities of wealthy investors and celebrities. For example, Ben Affleck buys a mansion via a shell company he owns. The property is at 100 Main Street. Prior to the CTA no one, including authorities, would know that he owns a property there. But what if it was an international drug dealer buying the property? Shouldn’t law enforcement know that? Without transparency, bad actors can launder and stash illegal money in high-value assets (like real estate) and keep it hidden from law enforcement.

However, LLCs provide legitimate business benefits, including limiting owner liability – which is why the CTA does not disclose the “beneficial owner” behind the entity to the public. Now, when Ben Affleck purchases his mansion, he limits his financial liability while maintaining his public anonymity.

In addition to anonymity and the crime-fighting benefits of the law, housing advocates say it could lower housing costs in certain markets, such as New York and Miami. That’s because the measure could make it harder for bad actors to buy up units in luxury high-rises that they never intend to occupy just for the sake of storing cash.