Liens Could Make your Claim “Lean-er”

If you’ve been injured and someone else is at fault, talk to a personal injury attorney about your rights. A good attorney will also counsel you on the issue of “liens.”

A lien is a claim a third party may have on a portion of your recovery. For example, if you haven’t paid all of your medical bills. The doctors, hospital, and other health care providers who treated your injuries, might have a claim on part of your recovery. Similarly, your health or automobile insurance company may have a lien if they’ve paid for your care. And it doesn’t stop there. Government health insurers (Medicaid and Medicare) may also have a claim. However, don’t let a lien against you stop you from bringing a case. Your attorney may be able to minimize the amount “lost” from your settlement or jury award due to liens. This is especially true is if the lienholder is overreaching.

The case of Jeanette Peterson 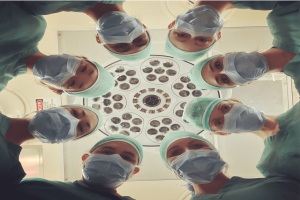 For example, in 2016, Jeanette Peterson went to suburban Detroit emergency room complaining of a headache. She had the headache since the night before. She also told the physician’s assistant (PA) she felt “heaviness” in her chest and had shortness of breath. Jeanette was given an EKG and series of blood tests.

The EKG and lab results allegedly showed some abnormalities. As the day waned, Peterson told the PA she felt better. She was discharged without further treatment. A month later, Peterson suffered brain damage from a cardiac arrest.

Her guardian brought a medical malpractice claim on behalf of the hospital. The hospital settled. But, after the trial judge entered final judgment, Medicaid tried to lay claim to a significant portion of the recovery. Medicaid’s asserted lien was 65 percent of the settlement. This cut deep into the recovery amount. It also cut deep into Peterson’s family’s hopes that the recovery amount would help compensate Jeanette’s pain and suffering. They also hoped that the recovery would help cover the costs of future medical care.

The judge ruled in the family’s favor. Medicaid could only recover the parts of the settlement allocated to past medical expenses. Medicaid was not able to go after portions attributable to future expenses or pain and suffering. The judge  also sanctioned the agency for bringing a “frivolous” motion for relief, finding that it should have known better. The Michigan Court of Appeals upheld the ruling.

Be extra cautious when signing things in a hospital

Hospitals and private medical practices also assert liens on recoveries. Unfortunately, patients without insurance, and typically get billed directly, are the prime targets. How does it work? In some states, hospitals and private medical practices approach an injured patient (who they suspect may have a legal claim) and ask them to sign a waiver. The waiver states that the patient agrees that they do not want Medicaid, Medicare or their insurer billed for their care…

Well, that doesn’t seem that bad, right? Not so fast. With that waiver signed, hospitals can go after a patient’s recovery for the full cost of its care. Without it, they would have to satisfy itself with Medicaid, Medicare or a health insurer’s lower reimbursement rates.

If you’re ever presented with such an agreement, do not sign it! Talk to an attorney as soon as possible and avoid compromising part of a potential recovery.

Watch our 2-Minute Tuesday Brief about liens and how they can impact your personal injury claims.