No One Gets Married to get Divorced.

You need to protect your premarital assets, as well as other assets that may built during the course of a marriage, and that’s what prenuptial agreements do. Essentially, a prenup is a contract laying out exactly what each spouse is entitled to (and obligated to do) if they divorce. Of course, our best laid plans often go awry. Currently, and unfortunately, according to the CDC, divorce rates are around 49%.

So it does appear that while you might not expect a divorce when you get married, you need to prepare yourself because at least statistically, it’s likely to happen. So, if you and your soon-to-be-spouse are considering a prenup, be sure to work with an attorney who can make sure it’s properly executed. Otherwise it may not be enforced, as nearly happened in a recent Michigan case. 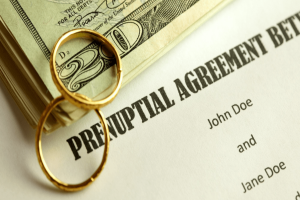 Time is of the Essence… Or Maybe Not.

Carla Skaates and her husband Nathan Kayser lived together before getting married. Skaates had a dental practice she purchased with her own assets. Kayser worked there as a business manager. He also had a business of his own. Together, the couple owned a third business.

When they decided to get married, they spent 16 months negotiating a prenup. According to its terms, if they divorced the dental practice would go entirely to Skaates, Kayser’s business would be solely his and the third business would be divided equally, with Skaates having an option to buy out Kayser’s share. Everything else was separate property not subject to division.

The agreement also included a “cooling off” provision. The provision mandated that either spouse wait four months before filing for divorce, as well as participate in at least three marital counseling sessions. Even though the agreement was styled as a prenup, the couple executed it over a month after they married.

About four years later, Carla Skaates filed for divorce. She did not go through a cooling-off period before filing for divorce. However, she wanted to assets split according to the agreement even though it was executed after the marriage. A local judge enforced the agreement.  Nathan Kayser disagreed and appealed.

He argued that it did not qualify as a prenup. Additionally, he said it was unenforceable as a “post-nup” because it left Skaates better off financially. Finally, he argued it was void because Skaates breached it and because, like many post-nups, it violated public policy by encouraging divorce.

The Michigan Court of Appeals agreed with Kayser’s overall points about the enforceability of post-nups, but disagreed that they applied in this case. The court also observed that the couple attended marital counseling but it was unsuccessful. It then ruled the agreement was enforceable as a valid postnuptial agreement.

Some of the court’s language indicated that this decision easily could have gone the other way, however. So if you are negotiating a prenup, your best bet is to execute it before the marriage.